Shared Ownership makes it possible to own your home – even if you feel priced out of the property market.

New homes for secure tenants of Ealing Council living at South Acton who are part of the regeneration programme.

Check out the latest events happening in and around Acton Gardens.

The formal resident involvement structure between the residents of Acton Gardens and South Acton and L&Q, Countryside and Ealing Council.

Acton Gardens is committed to supporting the vibrant and thriving local community and has set aside a funding pot to support community activities throughout the lifetime of the regeneration.

The Acton Gardens masterplan will deliver over 3400 new homes, community facilities, retail spaces and modern and improved green spaces and places to play for residents and local people.

This page will explain what the regeneration plans mean for you as a secure council tenant living at South Acton. This includes the moving process, timescales and options for your new home.

This page will explain what the regeneration plans mean for you as a homeowner living at South Acton. This includes the buy-back process for your existing home, the timescales and your future housing options. 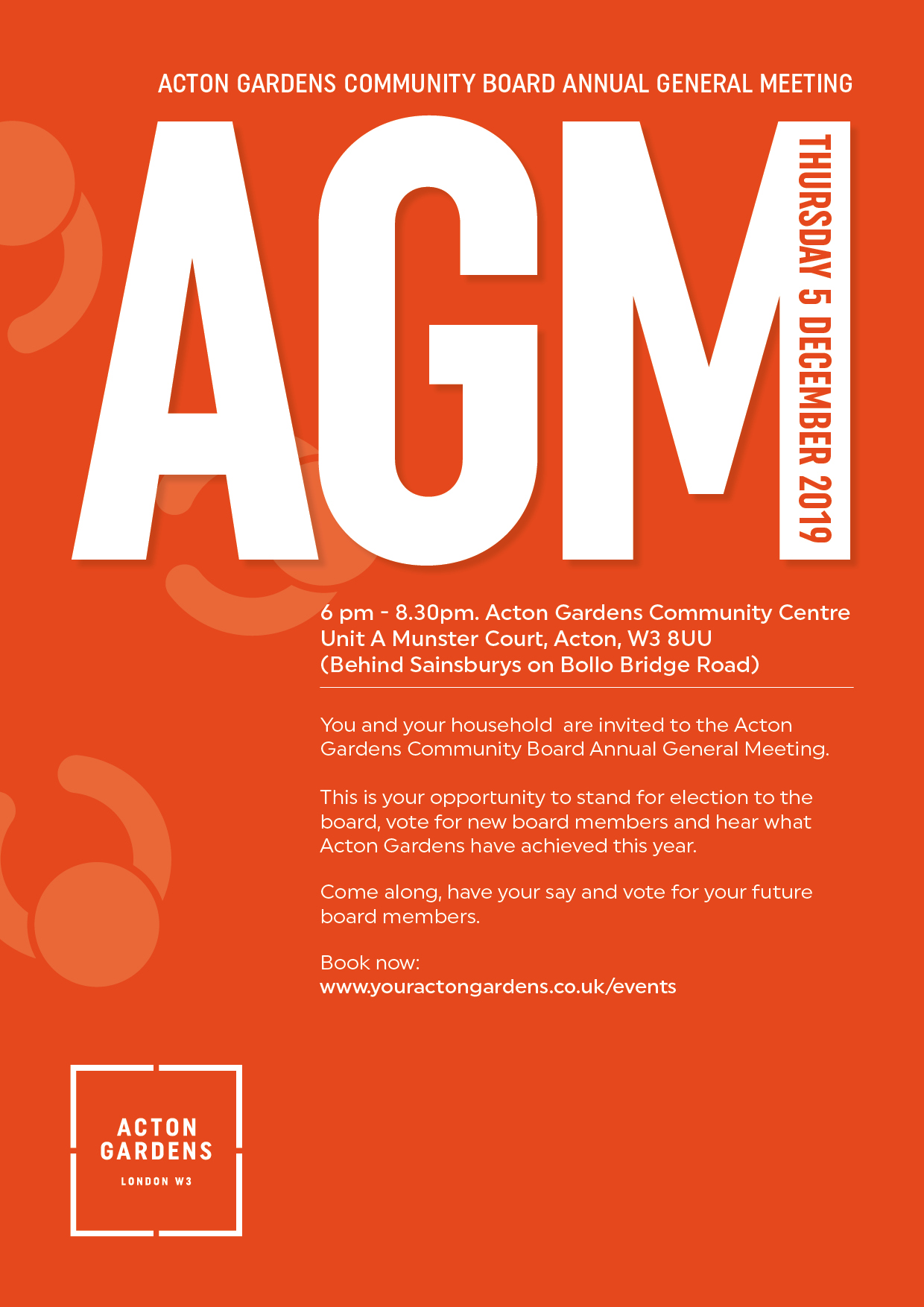 The AGM for this year took place on 5th December 2019.

All residents were invited to attend this annual event which was held in Acton Gardens Community Centre.

Prior to the annual meeting residents had been contacted regularly about the AGM.

The Community Board makes a real difference to the regeneration of South Acton. The Board currently meets every quarter to discuss a variety of topics including future phase design consultations, current construction updates, communications strategies and the allocations of funds to community projects.

This year there were 10 applicants for the six vacant Board Member positions. The residents who attended the event and those eligible to vote were provided with each candidate’s application form and voting forms. After, each candidate was asked to provide a summary in support of their application to become a member. The matter was put forward to a formal vote by residents and Board Members.

As well as the election process there was a presentation updating residents on the Regeneration Programme in Acton Gardens. The presentation provided by L&Q, Countryside & Ealing Council highlighted the achievements and current and future proposals for Acton Gardens.

After refreshments were enjoyed the evening then proceeded on to the election process carried out by those present and authorised to cast a vote.

Congratulations to the elected members whom we look forward to joining the Board and contributing their feedback and energy to the future ongoing regeneration of Acton Gardens.

We would like to thank all residents who contributed and particularly those that put themselves forward for the role of Board Members. The ideas and contributions of resident and elected Board Members are a valuable and useful part of the consultation process which helps shapes communities and build homes for all.